Grease is the first time the Freedom Area Community Theatre is working with the Freedom High School Theatre to produce and present a musical. Tickets are available online at FACTplayers.org/tickets

Grease, the world’s #1 rock ‘n roll musical, will be electrifying local audiences when staged at Freedom High School this spring. Grease begins performances on Friday, April 22 and Saturday, April 23 at 2:00 PM and 7:00 PM and Sunday, April 24 at 2:00 PM.

Grease, with book, music and lyrics by Jim Jacobs and Warren Casey, is a rock-n-roll celebration of growing up and falling in love set in the fabulous fifties. Grease strikes a universal chord with an irresistible mix of fast cars and first loves.  On Broadway, Grease won seven Tony Awards, a Drama Desk Award and a Theatre World Award. 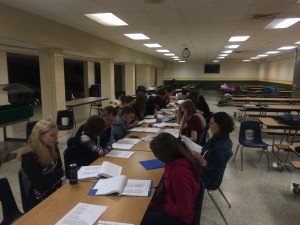 Grease originated in Chicago and made its premiere at The Kingston Mines Theater in 1971 before making its New York premiere off-Broadway at the Eden Theatre on February 14, 1972. After 128 sold-out performances, the show made the transition to Broadway taking up residence at the Broadhurst Theatre on June 7, 1972. Grease was nominated for seven Tony Awards in its spectacular initial run. On November 21, 1972, the show moved to the Royale Theatre before making its final transfer on January 20, 1980 to the Majestic Theatre. It closed as the longest running show in Broadway history after playing 3,388 performances.  In 1978, Grease became a hugely popular feature film starring John Travolta and Olivia Newton-John in the lead roles. A Broadway revival opened on May 11, 1994 at the Eugene O’Neill Theatre where it played 1,503 performances and won three Tony Award nominations. The new Broadway production of Grease opened on August 19, 2007 and was nominated for a 2008 Tony Award for Best Revival of a Musical.

The T-Birds, led by heartthrob Danny Zuko, and their gals, “The Pink Ladies” led by Betty Rizzo, get “all shook up” with the arrival of the “new girl in town” – Sandy Dumbrowski. Revvin’ up “Greased Lightning” they all “Go Together” and start “Shakin’ at the High School Hop” until Danny finally realizes that Sandy is “The One That I Want.” With great songs – all with a drivin’ back beat that’ll bring you back to the wonderful world of 50’s Rock and Roll – Grease will be a musical that you’ll want to see again and again. 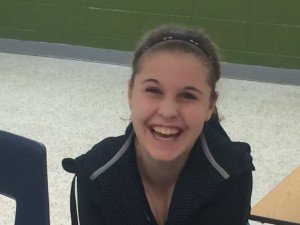 America’s favorite teen couple is portrayed by Laura Bomber in the role of the sweet and loveable Sandy, and Jake Koepke in the role of Danny the rebellious “bad boy” of Rydell High. Also appearing in this production is Brandyn Johnson as “Kenickie,” Garrett Bolwerk as “Eugene,” Brooke DeGoey as “Cha-Cha,” Kaitlyn Popp as “Miss Lynch,” Owen Duescher as “Sonny,” Reive Pullen as “Roger,” Jason Burton as “Doody,” Angel Cornelius, Cassidy Calaway, and Claire Burton as “The Pink Ladies,” and Jared Volkman as “Teen Angel.”  Other cast members include Jessie Krake, Jessica Zwiers, Jake Klarner, Ally Garvey and Jon Delany. 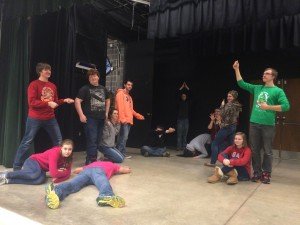 Grease was chosen by high school choir teacher Lori Maves and band director Jon Delany. When asked why they choose Grease Maves stated, “We wanted a fun show and something appropriated for our audience.  High school should be fun.”  Delany echoed that and added, “We wanted something with name recognition that would also appeal to a wide range of kids.  Grease also presents some challenges to us since it’s such a large production.”

Many of the performers in Grease will be making their musical theatre debuts this fall.  This will be Bomber’s (Sandy) first acting role, though she has acted in forensics in the past.  “Being cast as Sandy shocked me, but it will be a fun role to play!  It’s going to be a great experience; we have such a fun cast this year.”  This will also be Koepke’s (Danny) first role in a musical, although he did act in the high school production of “McCuff’s Irish Grille” last spring.  Koepke is excited “to get to act and sing with my friends, which the production even more exciting.  And, I get to slick my hair back!”

Mattie Erickson will also be making her stage debut as bad girl Rizzo.  “This is actually the first time I’ve been a part of something like this.  I’m very excited about it.  I’ve always really enjoyed singing and acting.”   Adds Brooke DeGoey (Cha-Cha), “I am most excited for the experience; I have never done a musical before, and this is a great start to a future of performing.  I’ve always been into theatres and musicals ever since I was younger. I’ve done some singing, dancing and acting, but never the three together, which makes me even more excited for this experience!”

Brandyn Johnson and Jason Burton are also both making their musical debuts as T-Birds Kenicki and Doody.  Says Johnson, “this is my first show and it’s a new thing I wanted to try.  I thought it would be something neat to do, and my friends are in it.”  Burton chimes in, “I like acting and singing – in the car – and I like being with my friends.  We’re going to have a great time.”

Grease will be produced by Lori Maves and directed by Kenneth Vandenberg who will also serve as set designer and oversee choreography.

Performances will take place in the Freedom High School Theatre.

Admission is $7 for everyone. Tickets can be purchased online or at the door.